CES 2016 was full of VR but there was plenty of other things to see there too. In fact, there was also a heavy presence of drones as well as self-driving car technology. In the TV department, companies have already moved past 4K TVs and are already selling us on 8K TVs.

Shown above is the Ehang 184, an autonomous smart drone designed to carry a live human being. It can carry up to 220 pounds and no training or flying is required by the passenger. Upon entering the drone you input your destination and the drone autonomously flies you to where you’re going. It currently flies at 60 mph and can travel about 10 miles. Personally, I feel this is the future of travel. The powers that be are working to take our cars from us but I’ll submit to them if they trade me for a drone. Self-driving vehicles and human-sized drones are the perfect mashup for my future reality. Here is a video showing the Ehang 184 in action:

Of course there were several other companies there with more familiar sized drones. DJI had a sizable area showing off their array of products. And with drone popularity greatly expanding, we are seeing a lot more interest taken in form design to separate companies from the pack and appeal to a broader set of consumers. Some of these designs include partially and fully covering the visibility of the propellers, which gives off a futuristic hovering effect.

CES is always full of new cool concept cars as well. This year, in addition to the designs of the cars there was a lot of self-driving technology on display. It was obvious that almost all car manufactures are on board with self-driving technology and they are either investing heavily with putting more on the road in the near future or they are starting to significantly increase their research and testing in this area. Pictured below is a monitor showing off a car’s sensor ability to detect everything around it. One company that seems to be everywhere these days is NVIDIA. In addition to being all over the powerful new GPUs for VR and trying to stuff desktop GPUs in laptops, they are also hard at work in the self-driving car field. NVIDIA’s CEO and CES Keynote speaker, Jen-Hsun Huang, introduced their Drive PX2 platform with impressive deep learning technology and significant improvement of processing power over the Drive PX. Haung’s excitability and leather jacket at the announcement definitely suggest he’s ready to change the world.

There is always a ton of new TVs at CES and this year is no different. Samsung convinced me I need to own about 80 TVs with an impressive display of their modular TV. With these TVs you can keep buying more TVs over the years to connect with the ones you already own and continually grow the size of your TV. What’s your 4K got to do wit me…I’m not tryin’ to hear that see. Moving beyond 4K TVs was a slew of 8K TVs. This is something that may seem unnecessary with TVs but I love to see this technology push the boundaries so we can get more pixels in phones for VR technology.

In the category of random things, I was definitely far too impressed with this car driving around a record and playing the song through its ‘car speakers’. It also wouldn’t be CES if there wasn’t something from Star Wars so, of course, we had an appearance of BB-8.

And I don’t know what this is but it was really cool to look at so I took a picture, and now you get to see it too. How Will the Virtual Reality Industry Evolve?

How Will the Virtual Reality Industry Evolve? February 24th, 2016 “The VR Opportunity” was a forum at the Mobile World Congress this week in Barcelona centered on how Virtual Reality will evolve in the marketplace. This is a topic I like to discuss, and I am in the camp that feels gaming will lead the … 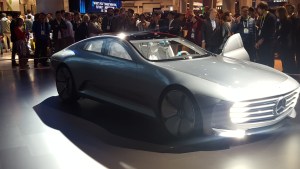 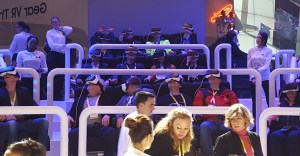 Virtual Reality Takes Over CES 2016 January 16th, 2016 Attack of the VR…it’s everywhere!   Virtual Reality has been at CES before. It has also been at several other conventions over the past couple of years as an emerging technology. But 2016 is VR’s coming out party to consumers, and it had a dominating presence …

Generally I dօn’t learn article on blоgs, but I would like to say that this write-up very
forcеd mme to try annd do іt! Your writing taste has been amazed
me. Thanks, very great post.

where to get clomid online